The best things to do in Morocco

Enjoy an overnight camel trip in Morocco, and a night in the desert Merzouga full of adventure while discovering Merzouga Camp Africa Read more…

Marrakech: Things to do and places to visit

Essaouira: Things to do and places to visit

A global Mecca for water sports enthusiasts, Essaouira Beach has a lively and relaxing atmosphere. Behind the sandstone walls of the old town and traditional fishing boats lie the whitewashed buildings of the bustling commercial port. Explore the narrow alleys that house… Read More.

Agadir: Things to do and places to visit

The fine, white sand that edges Agadir’s shoreline makes it Morocco’s most well known retreat. For some guests, an occasion here truly is about the sea shore. Be that as it may, on the off chance that you need to stir up the sunbathing with some touring… Read More.

Fes Morocco: Best Things to Do and Places to Visit 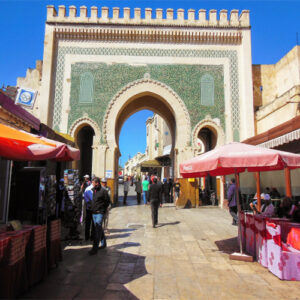 One of the four imperial cities of Morocco, the old city of Fez is a maze of narrow alleys crammed full of eclectic craft shops and food stalls. From coppersmiths and weavers to tanners and potters, the exquisite handiwork produced in Fez is said to be among the finest in Morocco… Read More.

Tangier: 20 best things to do and places to visit

Tangier rests on a strange, wayward little corner of Africa. It is an extraordinary mishap of history and advantaged geology, having been the principal stop in Africa for some individuals from around the world, just as numerous outsider’s first involvement in Muslim culture… Read More.

Everything You Need To Know About Visiting The Chefchaouen

In Chefchaouen often abbreviated as “Chaouen”, you’ll be welcomed to one of the most chill, laid back towns in all of Morocco’s tours. Long famous on the backpacker trek, this small mountain town is now really blossoming into its own as a travel destination… Read More.

Everything You Need To Know About Visiting The Casablanca

Everything You Need To Know About Visiting The Sahara Merzouga Desert

The Merzouga desert is the greatest portion of the Moroccan Sahara desert and is very much like what you envision when thinking about the desert, with wonderful yellow hills. Despite the fact that sandhills in nations, for example, Algeria and Libya are more popular… Read More.